International Panel & Lumber (IPL) in New Zealand produces wood panel and plywood products from renewable plantation-grown pine trees. They recently decided to modernize the charger and lathe on their peeling line to ensure reliability and improve productivity. After careful consideration, they decided that Raute solutions would meet their goals best.

The new Raute XY-optimization unit installed in front of the COE (today part of USNR) lathe.

International Panel and Lumber (West Coast) Ltd., IPL for short, is a well-established company and they have been operating for over 50 years on the west coast of New Zealand’s South Island. They have been using renewable plantation grown radiata pine in their production since the 1980s. One of the essential parts of their operation is their peeling and drying line, which produces 1.5, 2.4 and 3mm veneer for the production of 1200mm x 2400mm panels. IPL manufactures a range of products that covers industrial to appearance grade applications, including everything from signs and flooring to concrete forming.

Although their peeling line was producing a high-quality veneer, IPL knew that it was time to modernize some of the key equipment. They were running a COE (today part of USNR) M760 charger, as well as a COE M249 lathe, which dated from about 1976. The most urgent need was to replace the lathe spindles because they were damaged and cracked, however the charger also had scope for improvement because it relied on a mechanical yoke assembly to optimize and center the logs. As a result, IPL contacted Raute to ask about the most suitable options for modernization.

During their discussions, Raute demonstrated that the old COE charger and yoke system resulted in the loss of a large amount of veneer to waste or random veneer. The business case for upgrading was so clear that IPL decided to replace their charging system too. Raute upgraded the old M760 charger with a Raute Block Centering Analyzer R7 (previously Smart Scan HD) XY scanning system, a hydraulic XY correction system and new Allen Bradley PLC controls. Raute also took care of the old lathe, and replaced the damaged spindles with new Raute dual spindles, complete with new hydraulics, lubrication and controls.

Raute carefully planned the project together with IPL so that it had minimum effect on their production. The installation took place during the annual boiler compliance shut down, and the accompanying work was performed during the dayshift over 2 weeks. This was followed by one week of production commissioning. Combined with good communication, carefully managed staff schedules and staggered production stoppages, this prevented any disruptions to IPL’s sales. 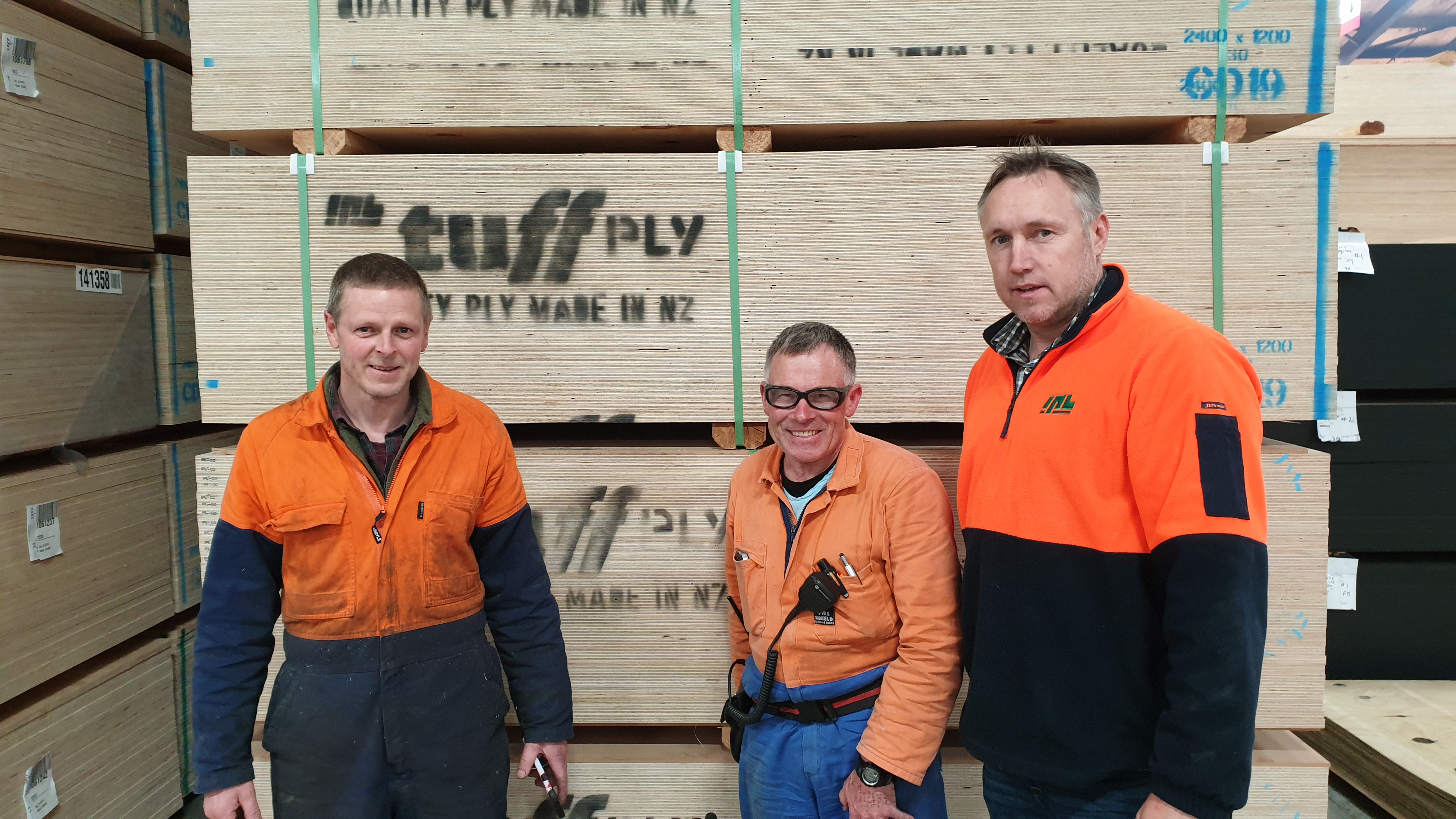 One of the reasons that IPL selected Raute was that they showed a good understanding of their business. For example, Raute understood the importance of not over capitalizing with a small production plant like IPL. In addition, Raute was also flexible enough to move the schedule forward by a month to ensure that installation coincided with the boiler shut down.

IPL is happy to say that they are pleased with the finished installation, and that it met their timeline and budgeted costs. Overall, good communication, planning and understanding between Raute and IPL made the project a success.

IPL’s main target for the modernization was to improve the reliability of their peeling and drying line. Upgrading the charger as well as the lathe ensured that they could also improve their efficiency and productivity. Together, the modernized systems resulted in better recovery and conversion from the block to peeled veneer, and better veneer presentation and usage at the dryer, with less random and fish-tail veneer. This means that the line can produce more full sheets at the dryer with less waste. And because they can keep the dryer full, their line has higher capacity, increasing their productivity.

BENEFITING THE BUSINESS AND THE REGION

Since the installation and commissioning, the modernized systems have met IPL’s expectations, with both improved capacity and yield. In addition, they have also achieved 10% smaller core peeled than they had with the older spindles, providing another unexpected but welcome benefit from the project.

IPL’s shareholders are also pleased because they see it as an investment in the future of IPL and its staff, and the West Coast region of New Zealand. It can be difficult to raise large amounts of capital for larger projects, so cost-effective modernizations are an attractive option. Such investments are important to smaller regions, so it is especially important that the projects like this one are a success.